A better-educated India is vital for all

The Congress leader also asked why this was not brought before Parliament first for discussion.

There is much to welcome in what we have seen of the #NewEducationPolicy2020 announced by @DrRPNishank. A number of suggestions made by some of us seem to have been taken into account. However,the question remains why this was not brought before Parliament first for discussion.

Tharoor has been advocated revision of the 1986 National Education Policy to bring it into the 21st century, since his days in the Ministry of Human Resource and Development

“I am glad the Modi government has finally grasped the nettle, even if it took them six years to do so. Challenge is to ensure aspiration is matched by implementation.

“The goal of 6% of GDP to be spent on education was first articulated in 1948! Every government articulates this target and then comes up against its own Finance Ministry. In the last 6 years, Modi government’s expenditure in education has declined in real terms. How will it reach 6%?,” Tharoor asked in his tweet.

He also said that the goals of 50 % Gross Enrolment Ratio in higher education and 100 % in secondary school are laudable, but there’s a rider. “When you realise it’s currently 25.8% in higher education and 68 per cent in Class 9, you wonder if such targets are any more realistic than the Government’s solar-energy commitments at Paris.

Tharoor also suggested that the NEP should have offered more tangible and realisable targets for research. “Total investment on research and innovation in India declined from 0.84% of GDP in 2008 to 0.6 % in 2018. There are currently only 15 researchers in India per 100,000 of population, compared with 111 in China,” in a series of tweets, he argued. 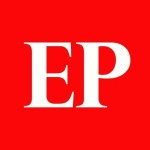